The Propeptide is Required for In Vivo Formation of Active Protealysin


Two structurally distinct N-terminal propeptides are known in thermolysin-like proteases (TLPs). Propeptides of the first type are similar to the prosequence of thermolysin, while the second type propeptides resemble the protealysin propeptide. At the same time, the catalytic domains of all enzymes of the family are highly similar. The available data suggest that the propeptides determine the biological function of TLPs. It was shown that the thermolysin-type propeptides act as folding assistants, can inhibit cognate mature proteins, and influence their secretion. However, the functions of protealysin-like propeptides remain unclear. Here, we studied the effect of the propeptide on protealysin folding for the first time. After heterologous expression in E. coli cells, active enzyme is formed only in the presence of the propeptide either in cis or in trans. Thus, both types of TLP prosequences can function as folding assistants despite their structural dissimilarity and absolutely different interaction with the cognate catalytic domains as indicated by X-ray data. 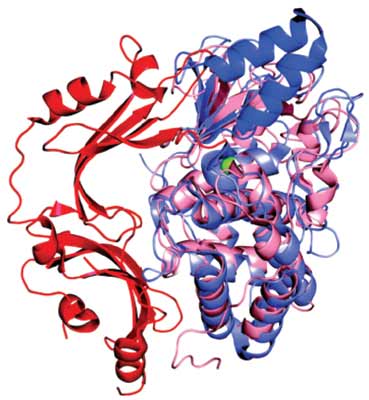