Comparative Proteomics of Commensal and Pathogenic Strains of Escherichia coli

Objective: In this study, we have performed a comparative proteomic analysis of commensal and pathogenic strains of E. coli isolated from a major river flowing through northern India.

Results: Many proteins of the commensal strain showed an increased expression compared to the pathogenic strain, of which seventeen proteins were identified by MALDI-TOF MS. Functional classification of these proteins revealed that they belonged to different functional pathways like energy metabolism, nucleotide and nucleoside conversions, translation, biosynthesis of amino acids and motility and energytaxis/chemotaxis.

Conclusion: As per the best of our knowledge, this is the first report on comparative proteomic analysis of E. coli commensal and pathogenic strains of aquatic origin. Our results suggest that the increased production of these proteins might play an important role in adaptation of E. coli to a commensal/pathogenic lifestyle. However, further experiments are required to understand the precise role of these proteins in regulating the pathogenicity/commensalism of E. coli. 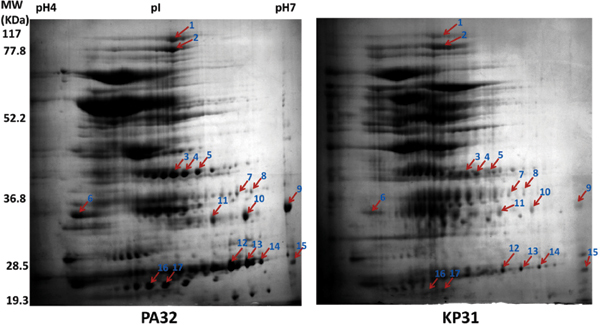