<P>Background: WSN is a network of smart tiny electromechanical devices named sensors. Sensors perform various tasks like sensing the environment as per its range, transmitting the data using transmission units, storing the data in the storage unit and performing an action based on the captured data. As they are installed in an unfriendly environment, recharging the sensors is not possible every time which leads to a limited lifetime of the network. To enhance the life of a sensor network, the network requires energy-efficient protocols. Various energy-efficient MAC protocols have been developed by the research community, but very few of them are integrated with the priority-based environment which performs priority-based data transmission. Another challenge of WSN is that most of the WSN areas are delay-sensitive because it is implemented in critical fields like military, disaster management, and health monitoring. Energy, delay, and throughput are major quality factors that affect the sensor network. </P><P> Objective: In this paper, the aim is to design and develop a MAC protocol for a field like military, where the system requires energy efficiency and priority-based data transmission. </P><P> Methods: In the proposed model, a cluster-based network with priority queues is formed that can achieve higher power efficiency and less delay for sensitive data. </P><P> Results: In this research, the simulation of proposed MAC, TMAC and SMAC is done with different numbers of nodes, same inter-packet intervals, and variant inter-packet intervals. Based on the script simulation, result graphs are generated. </P><P> Conclusion: The proposed work achieves a greater lifetime compared to TMAC and SMAC using priority-based data transmission.</P> 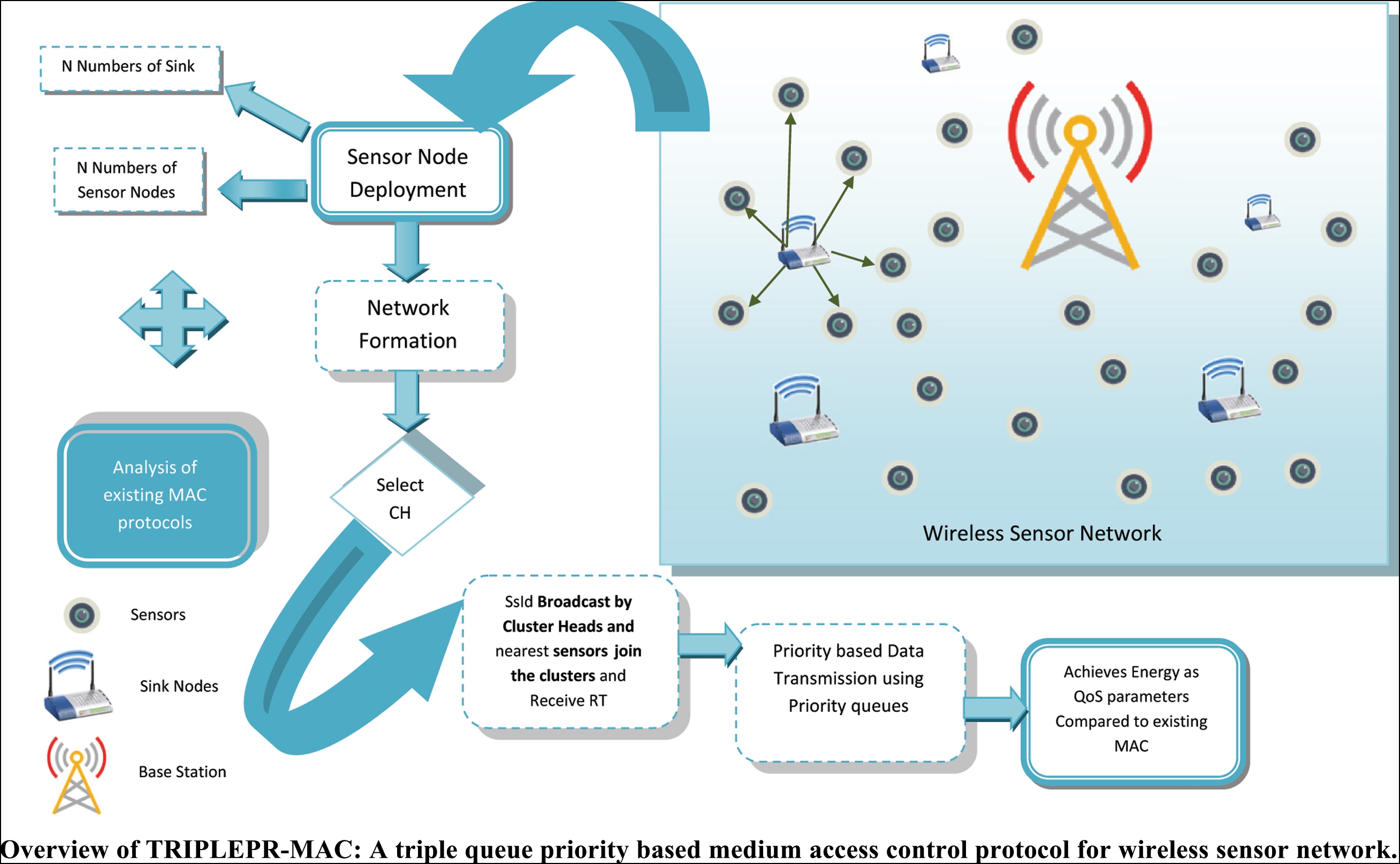